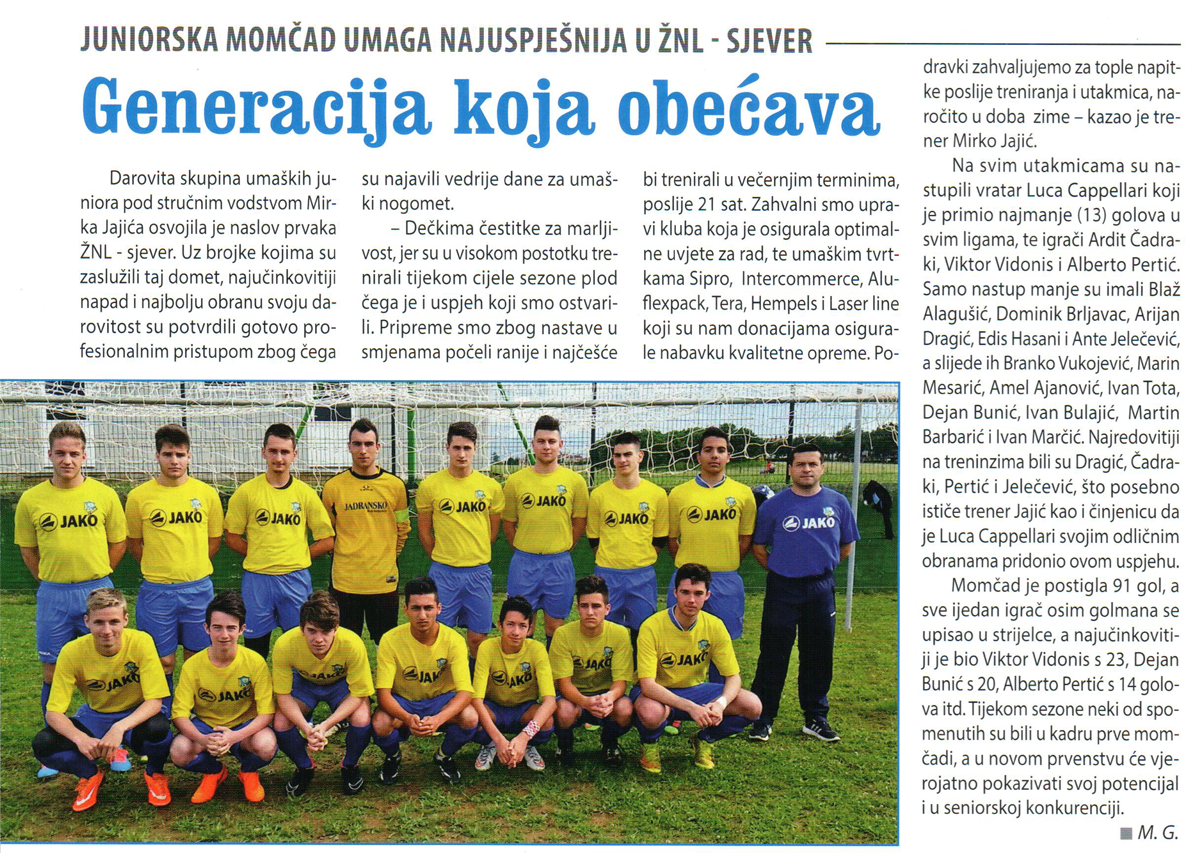 Talented junior football players in Umag under the expert guidance of Mirko Jajić won the county championship football league - North. With parameters that have earned this range, the most effective attack and the best defense, their talent was confirmed with almost professional approach, which is why they announced the bright days for football in Umag. One of the companies that helped with donations for procurement of quality equipment of the club was Laserline. We bring you the text in croatian language (click on image to enlarge) which was published in the news magazine Bujština number 123 of 26 June 2015. Congratulations!